SACT participates in a DTEX

On October 31st, General Lavigne, the Supreme Allied Commander Transformation (SACT), visited the NATO Innovation Hub for an exhibition of the Disruptive Technology Experiment (DTEX). The NATO Innovation Hub leads the DTEX initiative in partnership with the NATO Center for Maritime Research and Experimentation (CMRE) and the Massachusetts Institute of Technology (MIT). The DTEX approach uses wargaming principles and computer simulations to evaluate new ideas and technologies in an operational context.

The DTEX simulation was guided by Dr. Pilar Caamano and Dr. Alberto Tremori, modeling and simulation scientists from the NATO Center for Maritime Research and Experimentation (CMRE) located in La Spezia, Italy. During this simulation, two teams competed on a set of key performance indicators (KPIs) established in the context of a maritime mission. The teams had to evaluate a set of technological enhancements and decide on the best ways to enhance the mission’s outcomes.

The event also included observers from MIT, including Ms. Kathleen Kennedy, the executive director of MIT’s Center for Collective Intelligence, an interdisciplinary research center located within the MIT Sloan School of Management, and Major John Radovan (US Air Force), the deputy director of the DAF-MIT AI Accelerator, a research initiative funded by the US Air Force.

The simulation followed the operation of defusing underwater demolitions threatening the harbor of Bogaland. The two groups' duty was to choose two cards that would benefit a successful mission. The teams looked for a substantial percentage clearance, shorter mission duration, and minor economical impacts on the region. The results from both teams show the mission's outcome. 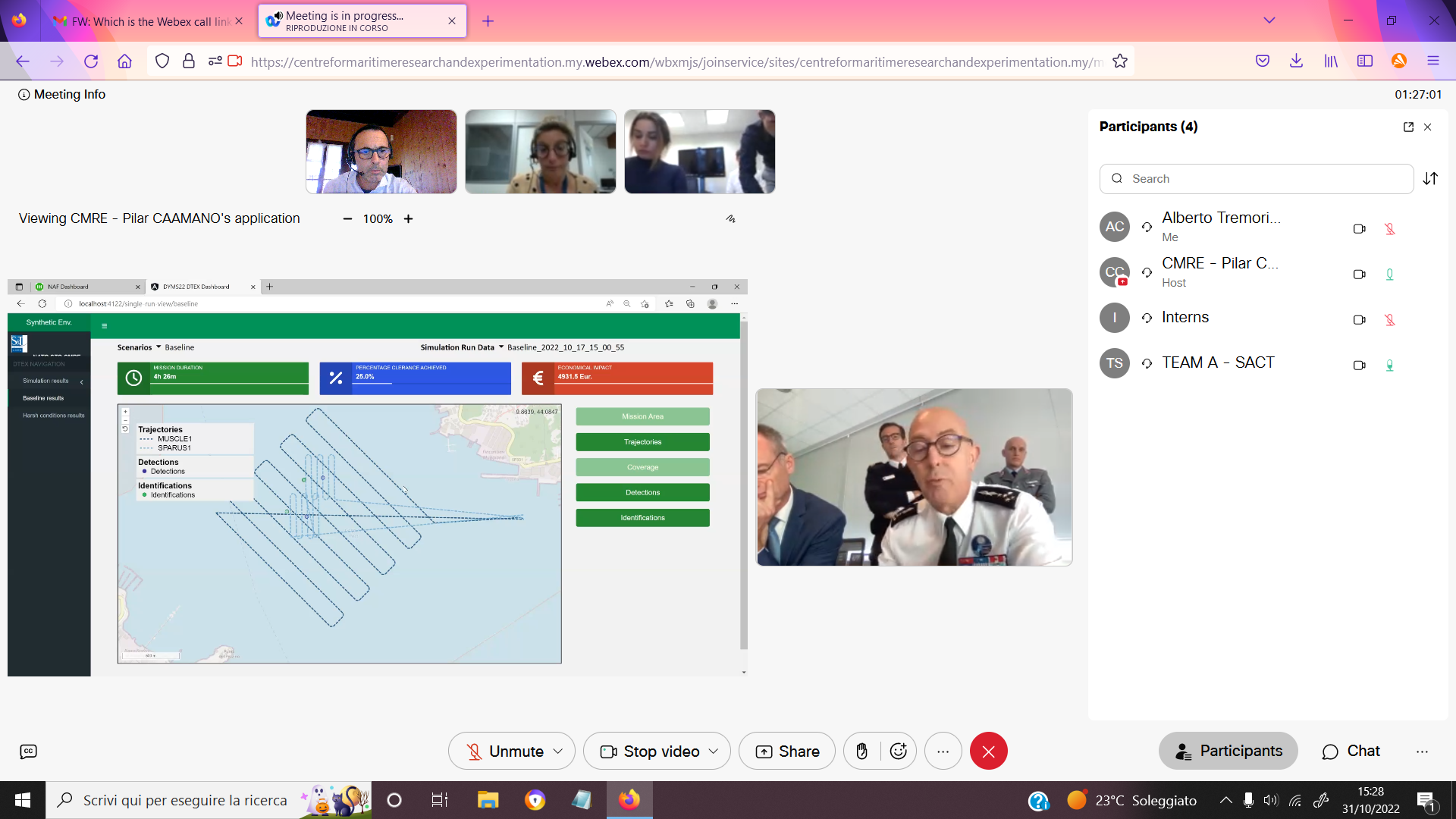 Figure 2 shows a screenshot of the Operative Supervisor at the end of the simulation run with the configuration selected by the students’ team. As these results are shown in Figure 3, the SACT team substantially overcame the students with their card selection and the configuration of the architecture of their system. The SACT team achieved a more remarkable result in terms of percentage clearance. Although the student team was more efficient with the mission duration and economic impact, they were affected by an obstruction in the water. The results of the card selection showed the mission was not operational due to an underwater obstacle. Their card did not offer a higher clearance to unblock the underwater obstruction.