This essay is part of the author's contribution to the NATO Operations 2040 study by the NATO Innovation Hub.
(Read more about the study)

While it has been said that everything could be weaponized, neurosciences and, more broadly speaking, Nanotechnology, Biotechnology, Information Technology and Cognitive Sciences (NBIC) are clearly providing state and non-state actors some true game changers. 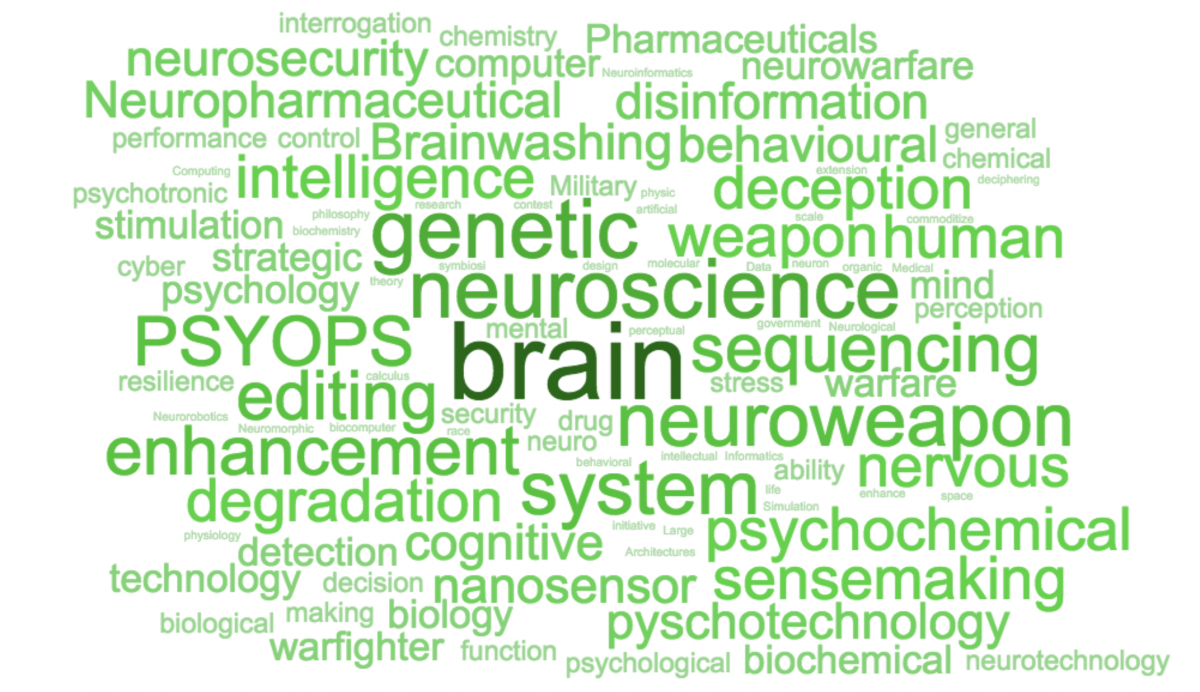 The story narrated in this essay begins in 2018 with weak, and not so weak signals, and ends in 2040 with NATO triggering Article 5 because of NBIC attacks on some of its allied Nations. During these 22 years, pivotal decisions are taken at NATO Summits, fundamental choices are made for the design of the successor to the Alliance’s main surveillance and control system, and NATO manages to embark a large number of nations, far beyond its core allied nations, into a pragmatic educational program on global security.

All of this because of the “Weaponization of neurosciences” challenging topic that was to be addressed.

This essay uses fiction and mixes actual facts and events, fairly logical foresights and some fictitious extrapolations drawn from a couple of long term key geostrategic initiatives launched by today’s big players. Of course, the roles played in this story by those big players could be interchanged, albeit with some work.

Using a few dramatization tricks, at the cost of being a bit provocative to try and keep the reader’s interest doesn’t mean not being serious at voicing out one’s deep beliefs.

In this particular case:

However difficult it will be.

Excerpt from the Brussels Declaration, issued by the Heads of State and Government participating in the meeting of the North Atlantic Council in Brussels 16-17 July 2026.

Article 11 … To stay secure, we must look to the future together.  We are addressing the breadth and scale of new technologies to maintain our technological edge, while preserving our values and norms.  We will continue to increase the resilience of our societies, as well as of our critical infrastructure and our energy security.  To effectively do so, NATO and Allies, within their respective authority, must constantly take stock of the pace and breadth of scientific research being conducted, in particular outside the Alliance. Nanotechnology, Biotechnology, Information Technology and Cognitive Sciences (NBIC), whose development rate is staggering, have an immense potential to deeply transform our societies, but the dual nature of this potential poses a new set of challenges to our security.

For decades, NATO and Allies, and our competitors too had been used to operate in a three-dimensional environment, where air, land and sea represented familiar, distinct but interoperable operational context.

The 2014 Wales Summit identified that Cyber-attacks presented a clear challenge to the security of the Alliance and could be as harmful to modern societies as a conventional attack. By way of consequence, NATO and Allies agreed that cyber defense was part of NATO's core task of collective defense.

The 2016 Warsaw Summit then recognized cyberspace as a domain of operations in which “NATO must defend itself as effectively as it does in the air, on land, and at sea”.

Three years later, the 2019 London Summit declared, in the article #6 of its final declaration, Space as an operational domain for NATO, recognizing its importance in keeping us safe and tackling security challenges, while upholding international law. Of note, the same article also stated “We are increasing our tools to respond to cyber-attacks, and strengthening our ability to prepare for, deter, and defend against hybrid tactics that seek to undermine our security and societies. We are stepping up NATO’s role in human security.  We recognize that China’s growing influence and international policies present both opportunities and challenges that we need to address together as an Alliance.”

Progresses in NBIC make it today possible for our competitors to develop new ways to reach their offensive objective. While propaganda and influencing strategies have always existed, the depth and sophistication of NBIC-fueled hybrid attacks today represent an unprecedented threatening level inasmuch they target the most vital infrastructure we rely on: the human mind.

We therefore recognize the human mind as a domain of operations in which NATO must defend itself as effectively as it does in the air, on land, at sea, in cyberspace and in space.