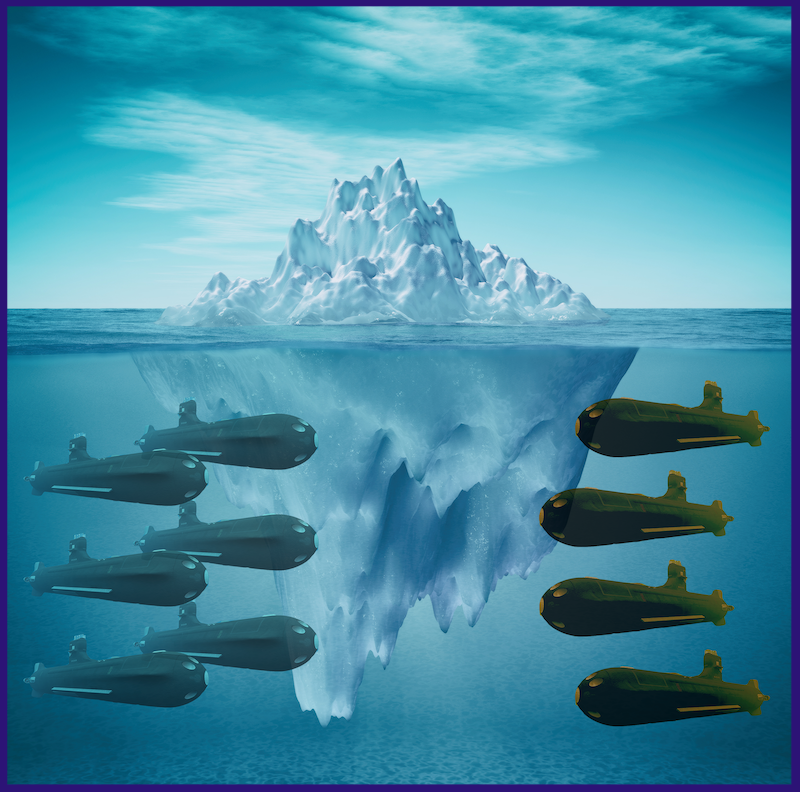 A short story by August Cole

SVALBARD, NORWAY -- NATO on Friday began a surprise deployment of a combined naval task force that will undertake an armed mission to hunt down rogue Russian military undersea drones marauding in the economically vital Arctic sea.

Led by a joint US and British Navy squadron of unmanned surface and undersea vessels, the task force will be operating under rules of engagement that consider a threat any Russian autonomous systems in the area north of Norway and toward the Russian border. The Norwegian government believes there are seven autonomous armed Fantom submarines, a 16-meter electric-powered design with a 90-day power supply. Russian naval patrol planes sank three of the submarines, however, the other vessels appeared to have learned from the tactic and have since disappeared.

The NATO operation is an historic first for the alliance, which has deployed member-nation forces under the so-called Article 5.5 policy. The revised framework authorizes the use of force against mechanized autonomous systems anywhere in the world that pose an urgent threat to a member nation or its citizens. “We are in the clear to handle a threat that Moscow created, and will not take responsibility for,” said a US military official who arrived with the task force’s headquarters, which is being established at Longyearbyen Harbor.

The first American and British undersea forces arrived at Svalbard during the night. A squadron of six US Navy Whitley-class semi-submersible unmanned warships and twelve Royal Navy Victory-class autonomous surface vessels will soon begin patrolling the Arctic Ocean, according to the US official, who said the task force’s first step is to reinforce Norwegian naval elements deployed in the Barents Sea.

Russia, which evacuated its citizens from the Norwegian island three days ago, has not responded militarily to the mission; previously, Russian defense officials said they would consider military action against any of their forces, manned or unmanned, to be an act of war. A Russian Foreign Ministry spokeswoman declined to comment on the deployment, or the current status of the Fantom systems.

The NATO deployment follows weeks of debate in Brussels as to whether the threat warranted an armed response. The sinking of the MV Good Hope on December 7th, however, galvanized holdouts Germany and Spain to accede to the mission. The recent arrival of Chinese naval convoys also played a role in swaying holdout members, according to a NATO official.

>> Continue this story in the NATO Operations 2040 Open Online Exercise