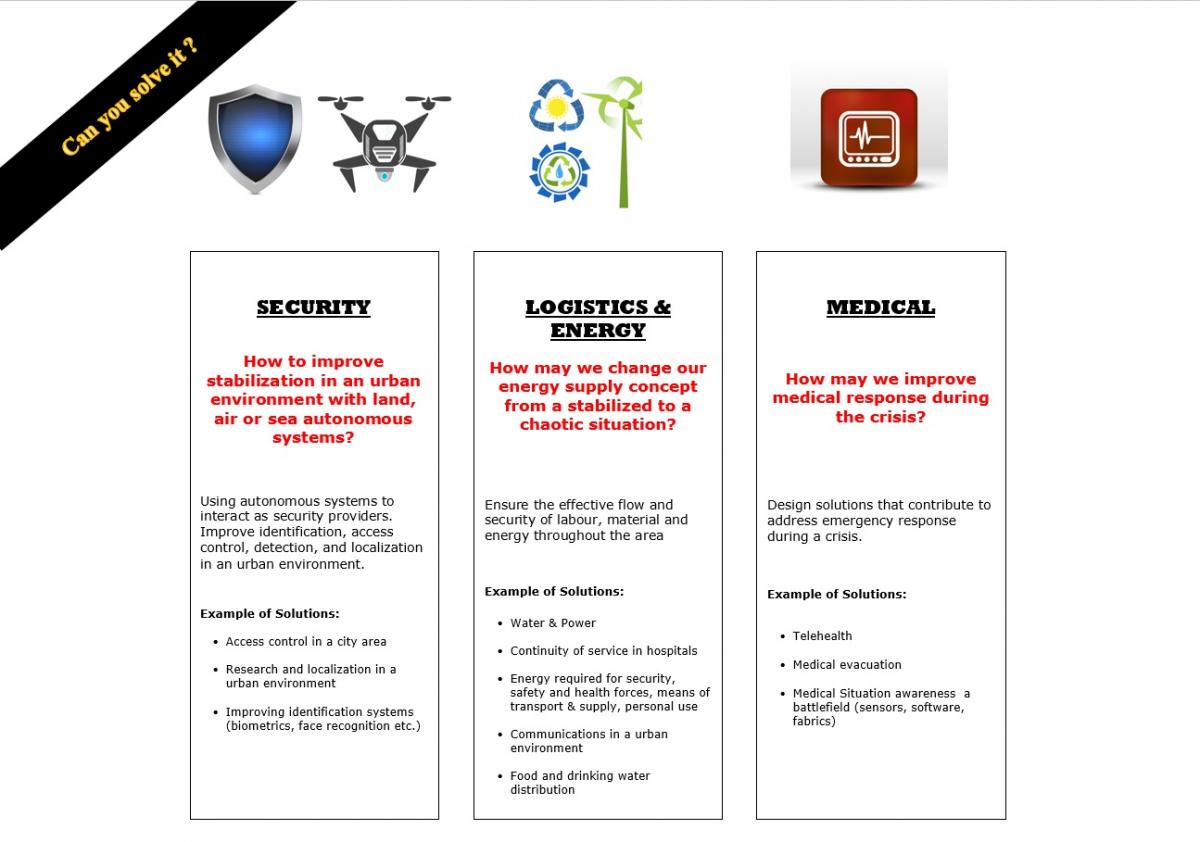 The challenge scenario centers around assisting a major metropolitan area to stabilize and recover from a breakdown in civil order after being struck by a super storm. For this exercise, we will use a hypothetical coastal city, similar in its characteristics to Norfolk, Virginia, but in an isolated location. This may be visualized by using a map of the United States, and removing every other city in the states of Virginia and North Carolina, plus the District of Columbia. This will make Baltimore, Maryland and Charlotte, North Carolina the closest large population centers.

The following conditions are noted:

The NATO Challenge is looking for innovations and new solutions in three potential areas:

Ask questions in the forum or through email at [email protected]