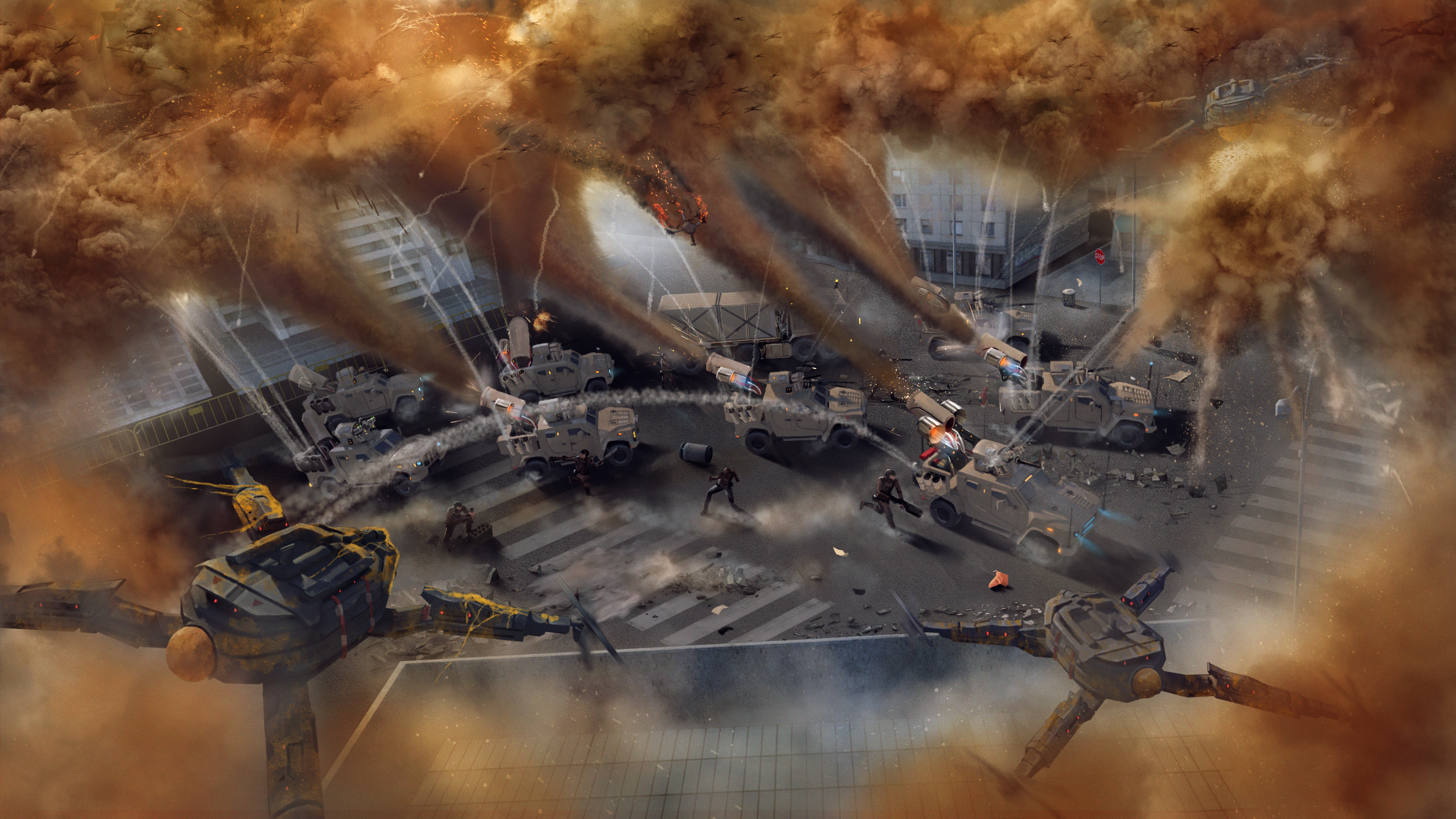 With the NATO Innovation Challenge Pitch Day approaching in a few days, finalists have been chosen and teams are getting ready to present their innovative solutions.

We are going to put some teams in the spotlight and show what they bring to the table.

Today, it is Tamas Petkovich.

The issue he is solving is that there are no existing capabilities for massive UAV swarm interdiction. Small (with an empty weight less than 3kg) autonomous or remotely operated UAVs and loitering munitions pose a serious threat for land operations, when executing a coordinated, high manoeuver attack in massive numbers (100+).

He proposes an interdiction technique based on sediment forming chemical aerosols, which are able to immobilize a massive number of small UAVs entering a cloud of dispersed material. The high manoeuvrable rotary-wing type small UAVs (quad-, hexa- or octocopter designs) rely on conventional wing designs, which generate lift based on the pressure difference on the upper a lower surface of the airfoil. Thus an extensive sediment or deformation on the smooth airfoil surface will disrupt the airflow and reduce lift, and possibly stall the aircraft. A dispersed fog of polymer solution based chemical mixture is able to form sediments on wing surfaces, which can disable the incoming aircrafts. This mixture can be composed of some type of polymer (eg. styrene or acrylic) and its solvent, disperser and an adhesion increasing agent. A R&D process can find the right composition, to produce an adequate dispersion with the optimal size of floating droplets, good adhesion to wing surfaces and rapid solidification on surfaces while keeping slow evaporation rate in a dispersed state. As these materials could pose a chemical hazard without adequate protection for friendly troops, water based solution can be considered as well. In addition to sediment formation, the wing itself can be deformed with the proper solvents. Known wing materials of current COTS (commercial off-the-shelf) UAVs are often reinforced polymer based composites, so they can be chemically deformed by a fog of dispersed solvent.

He presents two methods for delivery. First, the chemical mixture can be dispersed in a controlled manner with explosive canisters (i.e. grenades) with a directed volumetric shape. This can be based on existing vehicle based countermeasure discharge equipment used for generating smoke screens. A new type of launcher can be devised as well, to discharge adequate size of canisters dispersing the chemical material in a thick layer of horizontal and/or vertical wall, while keeping a safe distance from friendly units. The other delivery method is for the point defense of stationary and low-mobility, mission critical units (e.g. C2, ammunition). The material can be dispersed with a high pressure, remote or autonomous controlled, wide cone nozzle. This solution might add an additional layer of defense, as high pressure vent might prevent incoming UAVs to enclose in a controlled manner to release ordnance. Compared to kinetic or directed energy point defenses, a high pressure nozzle can have a much wider close proximity engagement cone. As an alternative, other types of vents (e.g. linear) can be devised. This proposed solution is meant to be a complementary C-UAV solution, and a last line of defense for close proximity engagements. It assumes a working early warning detection and tracking system for the optimal activation and target engagement. It might be highly effective with the combination of a longer range directed energy or kinetic interdictory system.

Tamas Petkovich is a researcher and doctorate student at the National University of Public Service, Budapest. He holds both an MBA, MSEM and a master of engineering in the field of defense. Previously he has served as a reserve officer in the Hungarian Defence Forces. He is currently working as researcher and lecturer focusing on matters of defense economics. His main research topics are defense industrial development, defense R&D and innovation in the defense sphere.